Body Positivity and Weight Inclusivity for Kids, Families, and Other Social Support Structures 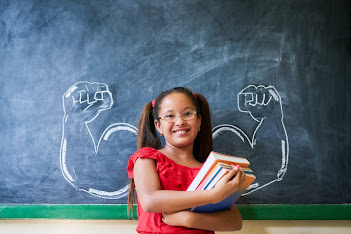 Were you ever teased as a kid? I was teased mercilessly for my ears. Kids can be very
cruel as they navigate social circumstances on their own for the first time. About 20% of kids report being the object of bullying (https://www.stopbullying.gov/resources/facts). How many more haven’t reported their experiences?

And where did these criticisms come from, anyway? Kids aren’t born with the idea that “She has bigger ears, so I’m more valuable as a person than she is.”

It’s in the air; it’s almost osmotic. And for kids in bigger bodies, those messages are coming from every direction–from the media, but also from teachers, doctors, and parents.

You’re too big to be healthy.

These messages don’t only land on these children–all the kids hear them. Internalize them. And use them against each other.

That’s stigma: taking something that is a piece of someone else and attaching a negative meaning to it, then proclaiming it.

What is weight stigma?

Weight stigma comes from a basic misunderstanding of the complexity of the human body.

Unlike my ears, which obviously would not change size without surgical intervention, weight is something the public believes can be easily manipulated or “fixed.” That’s part of what makes weight stigma so threatening. It results in dangerous actions for many kids: skipped meals, diet pills, excessive exercising, and more. It’s all compounded by the admiring smile of an adult who is congratulating the child on a couple of pounds shed. The child reacts to–and internalizes–the perception that their weight is their fault, a result of bad personal decisions made by the child, or worse, by the child’s parents. This can stress a child’s relationship with their parents as well.

Even without the poor decisions that weight stigma might encourage a person to take, the experience of weight stigma alone could reduce the years of a person’s life. According to Sutin et al, 2015, weight stigma on its own accounts for a 60% increase in mortality as compared with those who did not experience weight stigma.

On the playground, weight stigma can look like bullying or social isolation. In the classroom, it presents as a teacher having lower expectations for students in larger bodies. In the medical office, the doctor might comment, “You’re at the XXth percentile; time to stop snacking!” At home, it could be a well-meaning parent questioning a child’s second serving. When a child is surrounded by the message, “You aren’t enough, but you could be…,” it often results in poor long-term physical and psychological health.

This child is likely to see themself as less-than. After all, wasn’t that the message on the playground, in the classroom, in the doctor’s office, and at home too? This child is less likely to prioritize their own values, strengths, opinions, and desires. This child has been taught that everyone else knows more than they do, even about their own body.

B  But what is the alternative?

What About Body Positivity?

Love your body! Look in the mirror and smile at your blessings. Walk with your head held high in the knowledge that your body is perfect, exactly how it is, right in this moment. Put on a relaxing playlist and write a love letter to your belly button.

Body positivity. It’s so happy. Is it the answer?

Body Positivity as a movement began in 1962 when the National Association to Aid Fat Americans was established (now National Association to Advance Fat Acceptance–NAAFA). The intent was to put an end to fat-shaming and weight-related discrimination. Around 2012, the movement really took off, functioning as a backlash against all the negative body image messaging society has heard from the media since the debut of motion film in 1895.

It’s no surprise that the media plays a significant role in promoting unrealistic standards of beauty. This can play a key role in the incidence of body dis-satisfaction and even contribute to eating disorders. It’s not such a far leap to combine the noted increase in screen time and associated depressive symptoms with the constant barrage of “You should look like this.”

Body Positivity is the declaration that all bodies are good bodies! There should be universal equality and acceptance for people of all shapes and sizes.

BoPo sounds wonderful! Is there a downside? Actually, yes.

While those who oppose the Body Positive movement would cite the risk of increasing public health obstacles, a more appropriate concern is for the expectations that the BoPo message might convey.

The expectation that a person could flip a switch and suddenly love their body–that same body they have been battling for between 1 and 7 decades–is unrealistic. That expectation on its own can be frustrating for many people. The modern person today can shout from the rooftops, “Your cellulite is beautiful!” But is that helpful for them when they look in the mirror?

Additionally, the BoPo movement has unfortunately centered on hourglass figures or small-fat (size 16-18) body shapes and sizes, not fully embracing the spectrum of body possibilities.

Do I need to be positive about my body?

What if I don’t like my nose? My toenails?

What if I don’t like my hair–can I change it?

“As a society we are so looks-obsessed that we can't even fathom the idea that someone could be happy WITHOUT thinking they are beautiful.

That's why we tell people

your "flaws" are beautiful,

when really what we mean is

your "flaws" are irrelevant.”

Body Neutrality is the idea of building up the value of non-body attributes in order to build self-esteem. It’s the knowledge that the body–the shape, the size–is one of the least interesting things about a person, and they don’t have to BE or even FEEL beautiful to be a person of value.

How can we encourage Body Neutrality?

This is tough. This is a really tough one because the ideal solution would be to stop posting and lecturing so much about bodies. But I’m a nutrition professional, and you might be too. If not, you might be a therapist or a physician. We work with the body. We also work with the mind and it’s many reactions to the reflection in the mirror.

We have clients shouting, “But what about my health?” “What about my body?” The body must be a part of the conversation.

Rather than elevate the question by focusing on physical health alone, we can neutralize body concern by discussing other aspects of health and how essential they are. 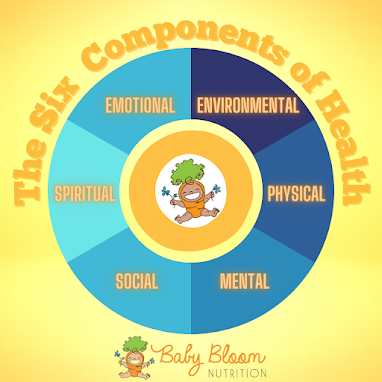 There are multiple components of health. Whether you are using the same model as in this graphic or a related concept, most people, when asked directly, can agree that physical health is not the only goal for a healthy life.

Just as we can use this concept to show clients how they might consider health, we as professionals can use the same concept to remind ourselves that our counseling is not limited to the physical. While remaining within our own relative scopes of practice, we can encourage the client to value social and mental health on par with physical health. This can draw excess attention away from the physical realm and spread it evenly over the whole holistic pie.

It’s a cure-all! Not quite, but there is a wealth of research on mindfulness interventions for decreasing the impact of weight stigma. Mindfulness is the concept of quieting the mind in order to focus in the present moment. By focusing on feeling and other senses in the current moment, these practices can help decrease stress. Yoga, nature-exposure, Body Scan techniques, and meditation have all been associated with an increase in positive body image. The goal is an overall neutral to positive view on one’s own body including:

A 2004 brain imaging study found that mindfulness affects the brain in specific and beneficial ways:

Mindfulness activities may also help alleviate some of the emotional experience of pain: meditators have less activity in the part of the brain that appraises emotion and sensation. It’s fascinating that in those who meditate, pain is less connected between parts of the brain–they are less connected with the prefrontal cortex where these feelings are processed. Due to this beneficial disconnect, the amygdala and it’s fear response are weakened while the prefrontal cortex and other emotion-processing areas of the brain are strengthened.

It’s also essential to be familiar with your client’s history. If there is any trauma, mindfulness activities that are not trauma-informed may serve to re-traumatise the client.

And for the kids?

A number of years ago society began to notice inequity in the pediatric gender divide:

A great exercise, for the professional and for the client, is to consider some of the people you admire. Put each name on a notecard. On the back of each card write what you admire about that person. Get specific.

To really drive this home, get some inexpensive photo frames and frame a picture of the person, including the notecard in the back of the frame. Did you ever print out diet-inspiration quotes and stick them to the fridge? This is kind of like that–except it helps build strength. Put the pictures around your space or create an inspiration nook. When the kids ask why there is a picture of Rosalind Franklin on the bookshelf, you can tell them all about the strength, intellect, and determination that so inspire your admiration.

Those lists are your values. They don’t contain weights and measures related to fat and muscle. They contain the epitaph-worthy personality traits and hard-earned perspective of a life well-lived. This is what the kids need to hear.

“The most important thing for kids to know is that their body is just a tiny sliver of who they are. The best thing that builds body confidence is guiding them toward seeing the other aspects of their personality: their interests and their hobbies and the good things that they do–that’s what makes them them. Their body is just a small part of that. The less focus there is on the body, the more positive the body image will be, no matter what the body looks like.”

Upcoming Live Event:
Body Positivity and Weight Inclusivity for Kids & Families
Presented by Yafi Lvova, RDN
Tuesday, February 15, 2022
12:00-1:00 PM ET
Or register to receive the Recording Only if you are unable to attend live. 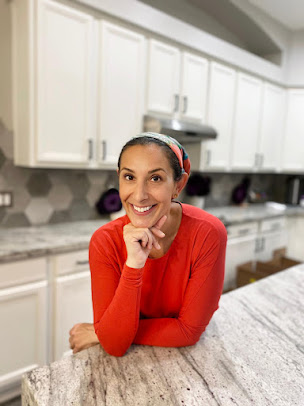 Yaffi Lvova is an experienced Registered Dietitian Nutritionist and a proud mom of twins plus one. She earned a bachelor of science in nutrition and dietetics from Arizona State University in 2010 and went on to complete the Iowa State University dietetic internship. Yaffi is a published author of several books on feeding kids and is the creator of Toddler Test Kitchen, an early childhood cooking program that aims to introduce children to unfamiliar food in a creative and fun way. Yaffi supports parents, pregnancy through toddlerhood, through her social media, public speaking, and Nap Time Nutrition podcast and YouTube channel. 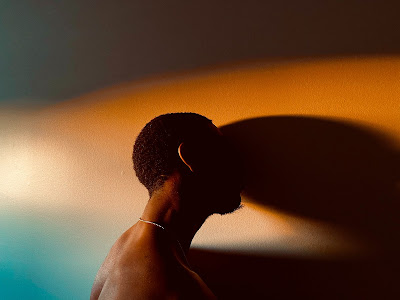 The Myths Of Self-Compassion From A Mindful Eating Perspective

Understanding the Relationship with Food through the Lens of Polyvagal Theory 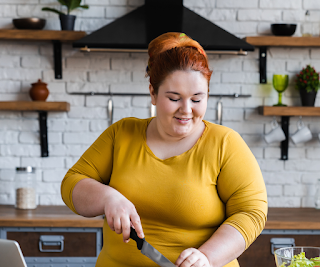 Is Mindful Eating the new diet?